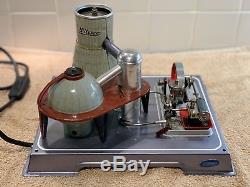 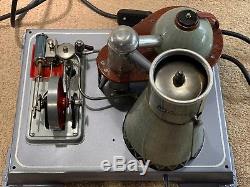 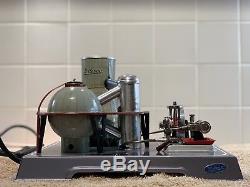 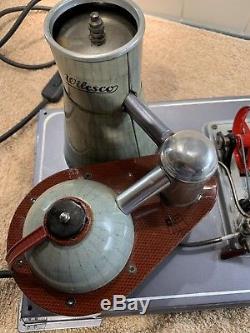 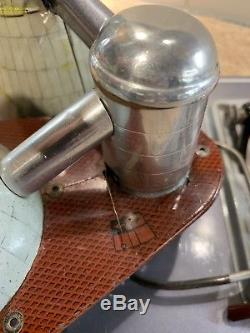 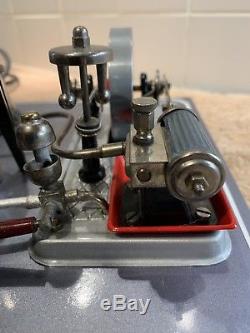 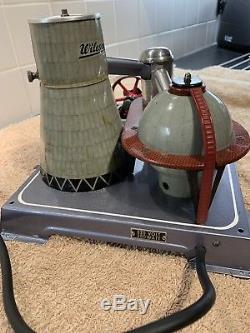 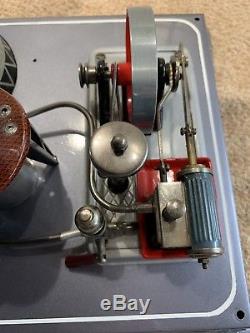 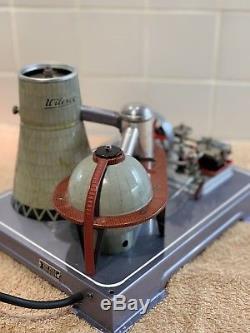 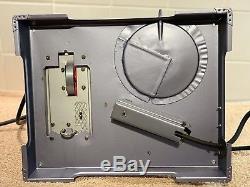 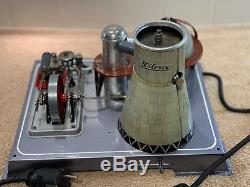 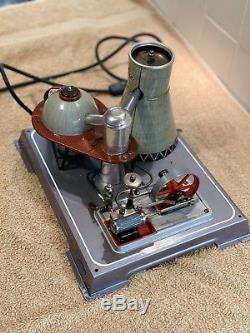 A very rare opportunity to get a Wilesco R200 C. This example is practically complete with many of the parts that usually have fallen off the engine and not included in most sales. Includes all parts and pieces shown in the photos including hard-to-find heater tower cap, reactor tower shroud, tower shroud top ring cap. Includes Wilesco spring safety valve and boiler tank thumb screw (as shown in photos).

I have owned this engine for a couple of years now and frankly, engines in this condition do not come to the market often. Please consult all photographs carefully as these form part of the overall description of the engine. There is no box or additional accessories that come with it. Few number of small scratches but would be considered minor, particularly for an engine of this age. Otherwise base is solid and generally in very good condition.

Steam supply valve operates properly. Note: on this model, steam supply valve is either 1 full on, 2 blowing thru the whistle, or 3 full off. This is per the design. It still has an EU plug attached, you can get an adapter easily rather that install a UK plug if you do not wish to do so.

Below is some text I have found online that provides further information regarding this model. Model steam engine AKW R200 by Wilesco was made only about 10 years from the late 1950s until the late 1960s and resembles a miniature Atom Power Plant,'Atomkraftwerk' in German.

The 1960s were characterized by a kind of'euphoria' and nuclear power was seen as the'energy of the future'. This model nuclear reactor station steam engine is a testimony from those times when environment, ecology, security and future issues were not on everyones mind. However, sales were low due to the fact that most people were also afraid of anything that had to do with "Atomic Energy" dangeorous!

, and as it was associated with the Atomic Bomb and the Cold War. The engines came with a booklet explaining how Atomic Plants produced electricity. This Wilesco model is particularly collectible due to its nuclear character and quality finish, like most Wilesco engines.