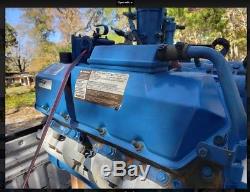 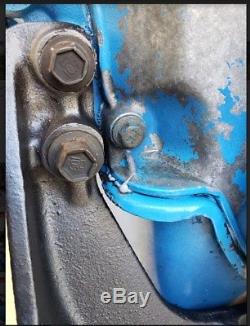 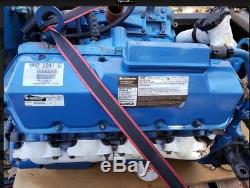 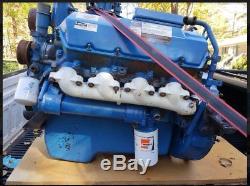 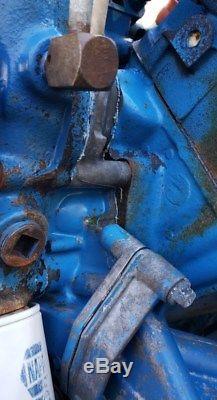 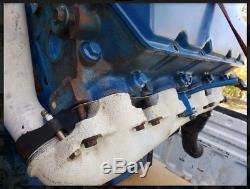 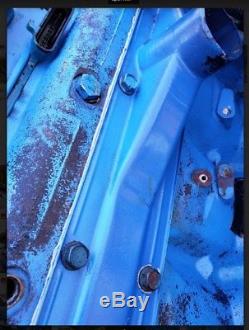 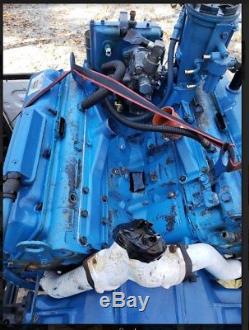 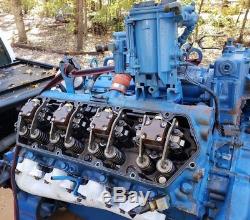 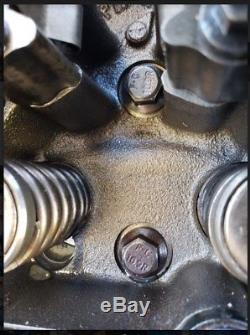 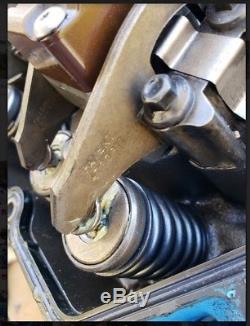 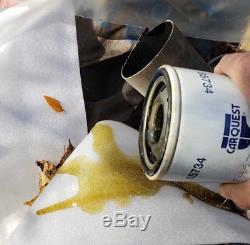 For you Powerstroke owners, this long block is exactly the same as the Ford unit - you just can't use the front drive system HPOP, idler, water pump, etc. This is basically the "early 1999" engine as delivered in the 1999 F-250 Superduty built before 12/1998. The long block is the same as all'99 -'02 Powerstrokes (only difference is the injectors).

I had plans to use this long block in my superduty Ford, but plans have changed. I stumbled onto this engine in the back of a commercial box truck (protected from the elements) tucked back behind an old commercial storage facility in Eastern NC. A little detective work and I was able to track down the owner and we agreed on a fair price. Unfortunately he did not have any history on the engine, however, I was so impressed with the outward appearance, I couldn't pass. The front of the truck was severely damaged; undoubtedly why it was decommissioned.

Now, the condition of the engine: Here's where some speculation comes in. There was absolutely no oil/grease on this engine except for a light film of oil and grime on the pan. The extent of the rebuild is unknown, however, the silicone around the oil pan suggests that the bottom end was done.

The heads appear to be re-manufactured as they are immaculate inside and out. There is still signs of assembly lube on the rocker arms. The AB injectors are also immaculate. When I removed the oil filter, the oil was still translucent with very little carbon content. It appears that this truck met it's end right after the engine was installed. There is NO core on this engine. I will deliver it to any local trucking company in Raleigh or Durham.

What you see is what you get. Some parts have been stolen. Starter, dipstick, HPOP lines, Harnesses, nor CPS.

If the engine doesn't sell by the end of November, I will install a starter and perform a compression test. If the engine tests out at the top of the scale, the price will be increased.

The price of this engine is basically what you would pay for a set of. You are welcome to come to Durham NC to inspect the engine in person. I will tell you that I have described the condition and history of this engine to the best of my ability. There is absolutely nothing that I knowingly have omitted.

The seller is "spectrum3-dmodeling" and is located in Durham, North Carolina. This item can be shipped to United States.